The Amorphophallus titanum is one of the most astonishing plants in the world because the biggest inflorescences in this species have been recorded over 2 meters high! The are rightfully called titan arum.

During the dormancy of the titan the tuber can be safely stored in slightly moist perlite at approx. 20 degrees C, new growth will emerge within several months generally.

Germination of the Amorphophallus titanum is easiest in moist perlite at 25-30 degrees C and will occur within several weeks after which the germinated seed can be potted and grown in the window sill. 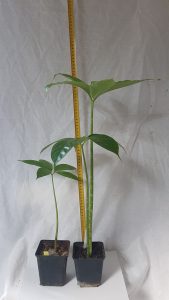 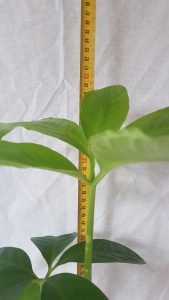